For more than two decades, the One World Festival has been one of the integral parts of the activities of Czech humanitarian and human rights organization People in Need. Since the festival was established in 1999, it has been bringing documentaries on human rights from around the world to local audience, screening them in dozens of towns throughout the country and also at Czech primary and secondary schools. One World has been awarded by UNESCO for its contribution to raising awarness about human rights.

“From the very beginning, we wanted to do a big festival, we wanted to do something that is important not only here in the Czech Republic, but also across the borders,” says the festival's founder Igor Blaževič.

Today, One World is the largest festival of its kind in the world.

Dozens of guests from all over the world arrive every year – not only filmmakers, but also protagonists and human rights defenders. Discussions with them are one of the pillars of the program.

The organizing team also strives for openness and accessibility to all spectators, including the blind and visually impaired, the deaf and hard of hearing, and to people with reduced mobility and mental disabilities.

In recent years, the festival, like other, not only cultural events, has been hit by the pandemic wave and in 2022, the health measures associated with it prevented the festival from being held physically. This year, it returns to the cinemas, in compliance with all necessary safety and hygiene regulations.

Ondřej Kamenický has been the festival director since 2018.

People in Need was founded in 1992 and today is one of the largest non-profit organizations in Central Europe. It helps people in 38 countries around the world and, in addition to organizing the One World Festival, also educates and helps people living in social exclusion in the Czech republic. 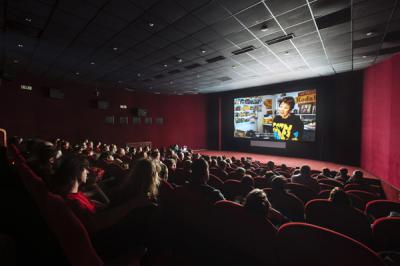 High-quality documentaries from around the world

One World works with a broad definition of human rights, so the programme includes not only documentaries about political issues and development topics, but also films that explore social issues, ecology and lifestyle.

The debates with directors, film protagonists, human rights activists and Czech experts are as important for One World as the screenings themselves. We hold discussions after most screenings (Q&A). 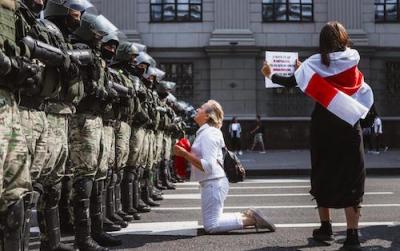 Documentaries that are changing the world

The event doesn't end when the closing credits roll. Some documentaries are connected with an awareness campaign that viewers can join. These campaigns often offer an opportunity to help the film protagonists, and in addition you will also find more general campaigns that are not directly related to the film but rather to its topic. There is also information about Czech organisations and initiatives that address the issues explored in the films. There are many ways to get involved and help. 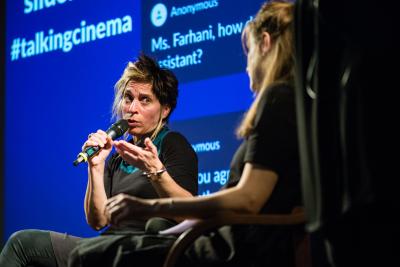 The Talking Cinema programme consists of a series of exclusive discussions with international experts and other individuals connected with selected topics from this year’s edition of the One World Film Festival. After each selected film screening, the invited guests will have the opportunity to talk about their experiences and opinions regarding the relevant topic in the form of a short lecture followed by a discussion with the audience. The events will be moderated by renowned Czech journalists.

Unless specified otherwise, all of the discussion will be conducted in English with simultaneous interpretation into Czech. Selected discussions will be interpreted into Czech sign language.

One World has been involved in interactive documentary projects since 2014, and has become the first Czech festival to introduce a separate annual category focusing on virtual reality films. Every year, the festival brings the audience about a dozen projects that in an innovative way draw attention to the threats faced by contemporary society – from the climate crisis through the issue of migration to immersive insights into current armed conflicts.

One World for All

We believe that participation in culture and public life is an important human right, and for this reason we endeavour to make the festival accessible to the widest possible audience. All films have Czech subtitles, some films also have descriptive captions for the deaf and hard of hearing. We offer films with an audio description for people who are blind or partially sighted. A selection of the programme is interpreted into Czech sign language and simultaneously transcribed into Czech. 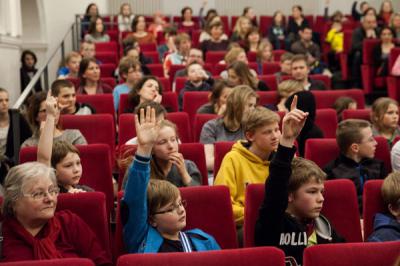 We also screen films for pupils and students

We've also prepared something for our youngest viewers. Every year we select documentary films adapted to school-age children, and for the older ones we have a special offer from the festival programme. In addition, moderated discussions are held within the school screenings. The selected offer for schools is accessible all year round and after the festival on the JSNS.CZ portal. 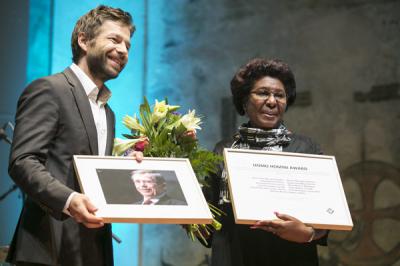 The festival also includes the awarding of the only Czech international human rights award, Homo Homini, presented to people or groups who have made a significant contribution to the promotion of human rights. Besides moral support for the winners and their loved ones, it attracts greater attention from the international community. 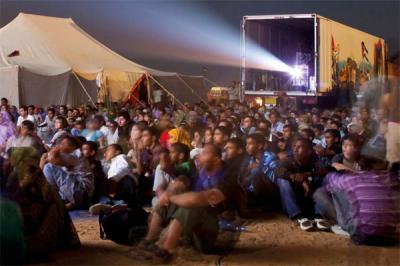 We also screen selected films from each year in Brussels to European politicians and representatives of international organisations, who can influence decisions on important human rights issues. Where active individuals and organisations seek to launch their own human rights documentary festivals, often in countries with undemocratic regimes, we offer support and a helping hand to get started. We have also published the practical guide How to Start a Human Rights Festival. 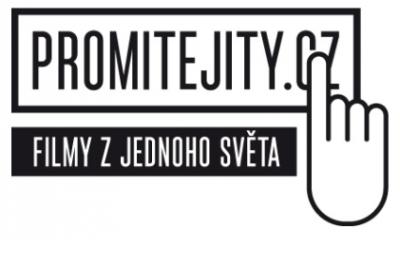 Films after the festival

The Get Your Audience! project has been operating for 11 years. Thanks to this you can screen selected films shown at One World legally and free of charge all year round, anywhere in the Czech Republic. 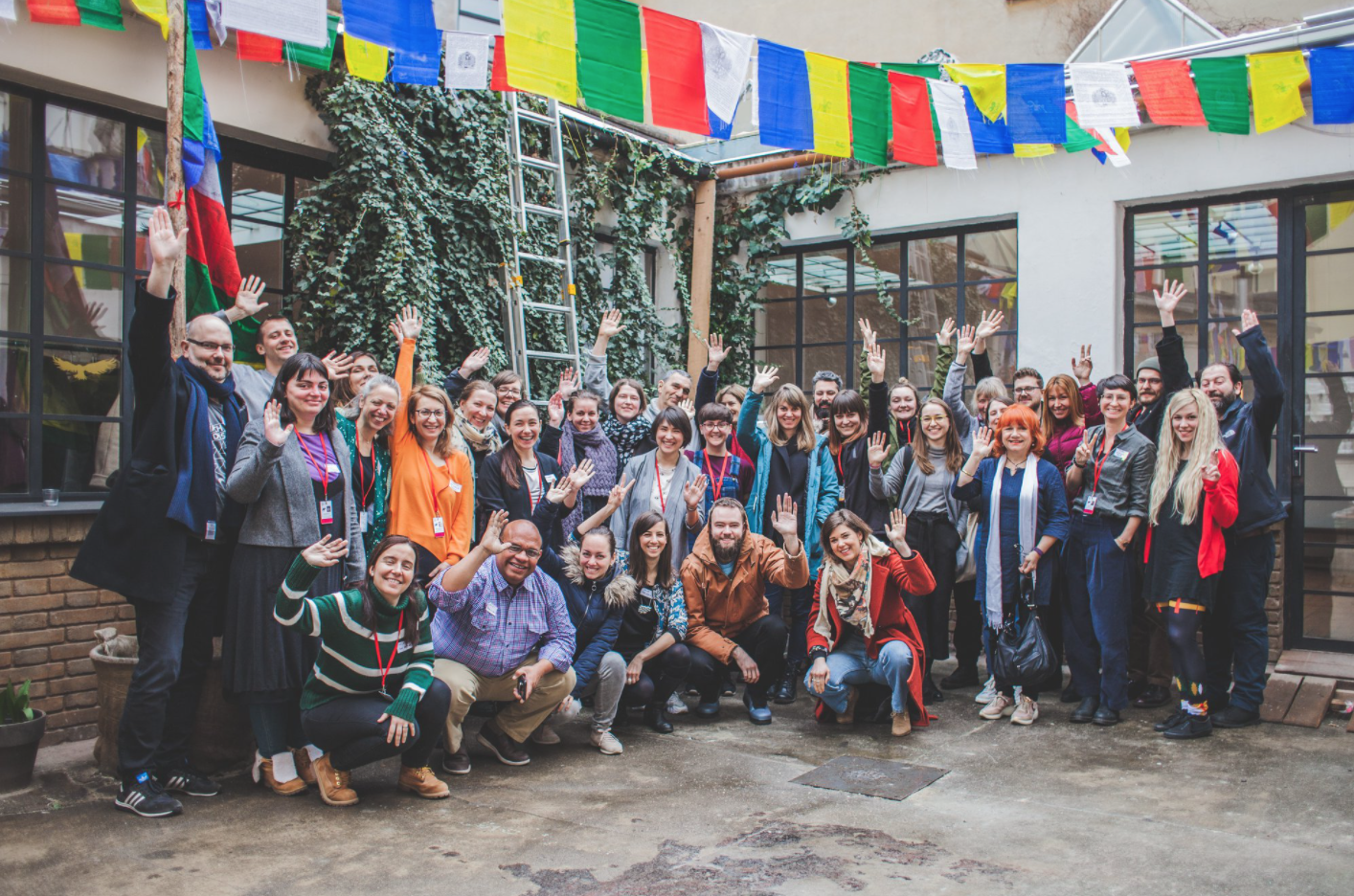 One World has long helped to create human rights festivals abroad. In particular, it provides them with advice on programming, production and logistics, media and fundraising strategies, accompanying activities and Q&As. It also participates in Festivals Meet Festivals, a series of seminars and meetings where the organisers of human rights festivals can exchange practical experiences. Several sister festivals have become members of the Human Rights Film Network. 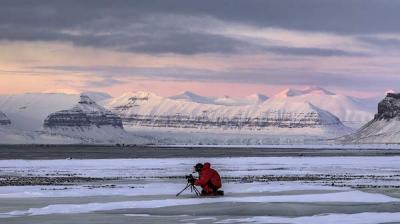 We care about the environment

The One World Festival has set out to achieve sustainability of the festival organisation, and to make important environmental topics available to the public. When preparing and holding the festival, we try to minimise the negative impact on the environment, from separation of waste, through the reduction of unnecessary waste to support for local producers and organisations. One World is also a member of the Green Film Network, bringing together film festivals that address environmental issues and seek to minimise negative impacts on the environment. The Green Film Network also supports and distributes documentaries.

It's not always easy, but we believe it's worth it. We believe that we can contribute to a better environment for all and that we can inspire others to join us.