One World in Brussels once again presents a selection of the films screened in the Czech Republic during the International Human Rights Documentary Festival One World, the largest of its kind and awarded by UNESCO for its contribution to human rights education. This year’s festival program offers 9 films accessible free of charge anywhere in Belgium and 10 discussions available worldwide. See the full program and register.

The film Coded Bias with the accompanying discussion Freedom of Speech and Security in the Digital Era will open the Human Rights Documentary Film Festival One World in Brussels on May 31. This year’s keynote speaker is Marie Arena, Chair of the European Parliament's Subcommittee on Human Rights.

The 14th edition of this unique event brings the international human rights community together for a series of screenings of outstanding documentaries and discussions with notable guests from around the world.

The festival will highlight digital rights and facial recognition, the ongoing crisisin Belarus, the importance of social media in Russia, political activism and discrimination in Tunisia, environmental threats and corruption in a small Venezuelan village, the fight to change cruel abortion policies in El Salvador, and many more. Each screening will be followed by a discussion with human right defenders, filmmakers, protagonists, experts and Members of the European Parliament.
The theme of One World in Brussels 2021: This year's slogan – “Connection Lost” – refers to one of the phrases most frequently encountered by people when using the methods of communication offered by the internet. It is a message informing us of a weak connection or other technical difficulties that negatively affect our technology-based communication. At the same time, these words perfectly describe the condition in which many people have found themselves during the pandemic.

Among the guests and participants in the discussions are:

Ales Bialiatski, Founder of Human Rights Centre Viasna
Ghofrane Binous, Activist and protagonist of the film She Had a Dream
Sharon Hom, Executive Director of Human Rights in China
Mads Brügger, Journalist and director of the film The Mole
Veronika Lapina, Executive Advocacy and International Litigation Advisor for the Russian LGBT Network
Marina Shupac, Director of the film Last Chance for Justice
Alejandro Álvarez Iragorry, Coordinator of Venezuelan human rights and environment organisation Clima 21
Teodora del Carmen Vásquez, Protagonist of the film Fly so Far
François Jacob, Director of film Under the Same Sun
Anabel Rodríguez Ríos, Director of film Once Upon a Time in Venezuela

One World in Brussels is organized by People in Need, Czech Centre Brussels, the European Parliament and the Czech Permanent Representation to the EU, together with local NGOs and other partners. All screenings and discussions are free of charge. Find the complete program of the 14th annual One World in Brussels and the full list of partners and guests. 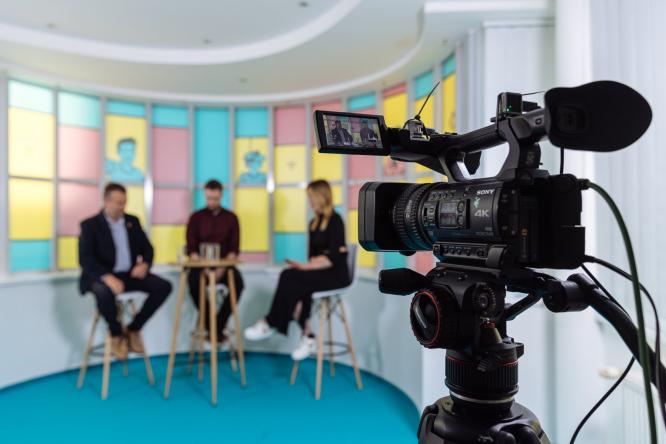