Life in cities around the world continues to cost more and more. Accessible housing is becoming the number one problem, and today we sometimes even need to allocate more than half our income to rent. Long gone are the days when gentrification and the disappearance of natural urban communities and ties was the main issue. Large companies, speculating with the prices of flats, are becoming significant players in the game. Renters are disappearing, and this isn’t a problem only in city centres, and those that are socially weaker are the most at risk.

Is it possible to resist these practices and win our cities back?

UN Special Rapporteur Leilani Farha is concerned with the accessibility of housing worldwide. She has always been involved in this issue, placing the greatest focus on protecting the rights of those who are most vulnerable. She leads the international platform The Shift, which has long been striving to establish the right to housing.

She is the central character in the documentary PUSH regarding the financialization of housing, screening around the world.

The discussion will be simultaneously interpreted into Czech and Czech sign language.

The debate follows the screening of the film and is only accessible with a valid ticket. The ticket can be purchased at the cinema website.

The event is supported by the Creative Europe Desk Czech Republic - MEDIA.

Leilani Farha is the UN Special Rapporteur on the Right to Housing. Her work is animated by the principle that housing is a social good, not a commodity. Leilani has helped develop global human rights standards on the right to housing, including through her topical reports on homelessness, the financialization of housing, informal settlements, rights based housing strategies, and the first UN Guidelines for the implementation of the right to housing. 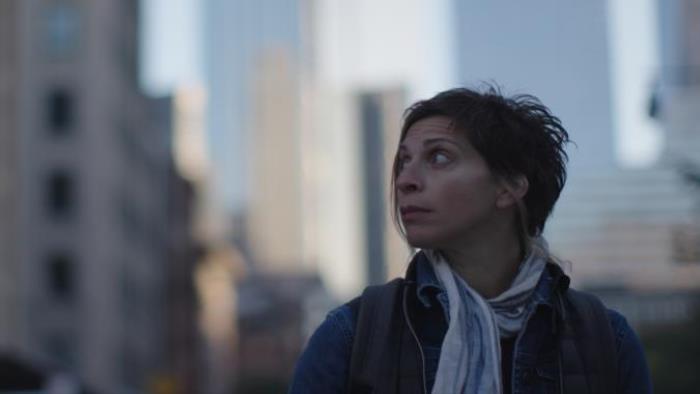 Grarup's work takes the viewer to the limits of human despair, dignity, suffering and hope. His images are relevant to us all, because they form a...

ACCOMPANYING EVENT TO Photographer of War

Afterparty following the opening of One World

Join us to celebrate the opening of the 22nd annual festival! At 22.30, Kyrgyz singer and activist Zere Asylbek, whose work promotes feminism and gender...

Women – the future of European democracy?

What has the role of women in politics been? And what should it be? Do political solutions introduced by women differ from those presented by men? These...

ACCOMPANYING EVENT TO The Feminister

Pop in times of climate change

We are bombarded daily by reports of irreversible changes to our planet, the threat of a sixth mass extinction or the oceans warming until we feel like...

Premiere of the Voxpot reportage project: In the Shadow of China

For our latest reportage we set out on a journey across Central Asia to China’s border provinces. We observed the first manifestations of the New...

When the animals in the museum come to life

How to tell a story: A documentary puzzle

The lecture in cooperation with My Street Films will guide you through the process of creating a story in a documentary film. How can hours of footage...

Swap and sustainable creative workshops with One World

On Saturday and Sunday, our Audience Centre will become a centre for recycling, upcycling, sustainable and creative activities. Martina Novotná will...

Hongkong in a whirlwind of protests

A new wave of protests in Hong Kong was triggered by a draft law intended to strengthen the influence of mainland China, which is the official administrator...

ACCOMPANYING EVENT TO Do Not Split

Living inner courtyard – a better climate in the city?

Inner courtyards as an opportunity for an urban environment. Are they a guide to a better climate in the city? And how to set the right "neighbourhood...

How to talk to children about climate change

Adults have a tendency to protect children from information that might upset them – and the facts about climate change often belong to this category....

Lecture: What Is With This Pitching Thing?

Every year, experienced documentary mentor Mikael Opstrup watches 700–800 pitching trailers and hundreds of presentations. At the same time, he...

Lecture: Ringing the Bell – How to Begin Film

The first few minutes of a film are the most important. The topic is set in the exposition and the aesthetic means which transports the topic are presented....

Life in cities around the world continues to cost more and more. Accessible housing is becoming the number one problem, and today we sometimes even need...

Introduction to Pitch the Doc as example of web-based tool for professional preparation of “film packs”, and for continuous promotion and...

In his Masterclass, Swedish director and journalist Fredrik Gertten will speak about his method of developing his new investigative documentary Push,...

One of today’s most progressive filmmakers, an Emmy-nominated director Nanfu Wang (One Child Nation, I Am Another You, Hooligan Sparrow), is internationally...

The conflict in eastern Ukraine has lasted for six years. It has all but disappeared from the Czech media, although 3.5 million people on the ground still...

"Speaking about Documentary Distribution, it’s assumed to be about making non-fiction travel, and sell. We call international distribution...

Case Study: How to co-produce between Western and Eastern Europe

Five upcoming feature documentaries are presented by producer-director team to an audience of invited representatives of leading international film festivals,...

Case Study: The Art of Producing Documentaries on Art

Austrian producer Johannes Rosenberger of Navigator Film will share his experience and will offer his insight into differences in navigating producing...

Can we still reverse climate change?

Bombs and cutting – a different kind of herb cultivation

A workshop from which you will take herbs for home cultivation in unexpected forms, bred for you in Kokoza. You will try cutting the herbs indoors, roll...

Panel Discussion: Filmmaking against dictatorships: how to shoot and keep your freedom

In the era of alt-truth, fake news and troll farms, the critical filmmaking is more than necessary to advocate for the voice of the powerless, promote...

Men have rights. Men have emotions.

The role of men has been visibly changing over the past few years, along with the demands and expectations of their surroundings. For some, true masculinity...

ACCOMPANYING EVENT TO The Happiest Man on Earth

We invite you not only to a presentation of contemporary Cuban reportage, but also to taste Cuban snacks and take part in an informal debate. The evening...

21 feature-length documentaries in development and production from Central and Eastern Europe will be pitched to international industry professionals...

When the law isn't enough - The Sea-Watch 3 case

The migration crisis may have long disappeared from front page headlines, but the reasons forcing the inhabitants of Africa and the Middle East to set...

School of seduction with respect and consent

Has the #metoo campaign thrown you for a loop? Don't know how to meet someone and start a romantic relationship? Are you worried that you can't...

ACCOMPANYING EVENT TO School of Seduction